Well, I did it! I finished my book last month! I'm just now posting my "Book Report" because of our Hidden Blessings series the last couple weeks.

Evidence Not Seen is the true story of Darlene Deibler Rose a missionary to the jungles of New Guinea. She knew that she was called to share the gospel as a missionary even before she met her husband, Russell (who had the same calling on his life).
It was amazing to see that even though they were deeply in love, their first priority was ALWAYS their love for their Savior. They also had a heart for the jungle people of New Guinea. She was thrilled to be able to share life and Jesus with them.
Only a short time after they began their ministry in New Guinea, they were taken captive by the Japanese. At first Darlene, Russell, and the other missionaries were able to stay together under house arrest, but as the war continued, they were separated and sent to prison camps.
The rest of the book describes Darlene's daily faith in these camps. She and the other prisoners were treated cruelly and tortured, but she never lost her faith or her testimony. In fact, she was given an AWESOME opportunity to share the gospel with the head guard at her camp.
She survived her four years in these terrible conditions, but her husband didn't. He died of untreated sickness. She headed back the United States after the end of the war, but didn't give up on missionary work. She remarried and continued to serve in missionary work with her new husband.

I was so blessed and challenged by her unwavering faith. Her relationship with her Heavenly Father surpassed any other relationship in her life. If you enjoy biographies and missionary stories, you'll love this book!

Thanks so much for keeping me accountable in my reading!! Here's my book for March: 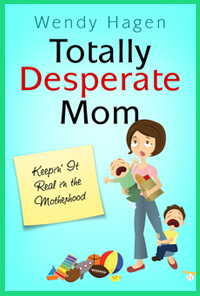 What have YOU finished reading lately?
Book Reports